This semester the students of 3CG read “Frankenstein”, a horror story by Mary Shelley. Since they didn’t really like the ending, they wrote alternative endings. Here are some of them:

The monster’s love story – by Anna, Hanny and Zoha

“Would you like to marry Elizabeth?”, asked the priest. “Yes!” said Victor Frankenstein with a smile on his face. “And Elizabeth, would you like to marry Victor Frankenstein?” the priest asked. But before she could answer the question, they heard a loud noise. Everyone in the church stood up. They saw the frightening monster, screamed and ran away as fast as they could. Some people fainted. “I would like to marry Elizabeth!!!” shouted the monster. Victor Frankenstein thought that this was a trick and protected Elizabeth but he didn’t see that the monster had a knife in his hand. He thought the monster would strangle Elizabeth. The ugly creature ran towards Victor and stabbed him into his neck. Elizabeth fainted after she had seen the murder. So the monster had a good chance to kiss her. He stared at her beautiful face. Suddenly she woke up while he was kissing her. She was so impressed when she saw the monster’s ugly face which had a lot of scars. Together they went to her house hand in hand and knocked at the door. After a few minutes the father opened the door and asked, “Who is it?” “It’s me, father!” said Elizabeth and came in. The father was very happy to hear her voice but he wondered why Victor’s footsteps were so loud. “My dear Victor, why are your footsteps so loud?” asked the father who was a bit confused. The monster shouted angrily: “I am not Victor!” The father was in panic because his Victor wasn’t there but then Elizabeth told him the story. When she had finished, her father had a deadly pale face. He felt a twitch in his heart and then he died because he couldn’t stand more pain. Elizabeth didn’t even take a last look at her dad. She went to Ernest and said, ”Please don’t be terrified! This is my husband! Please call him dad and me mom! We want you to be our son. Will you promise me that you will be a good son until your death?” “Yes”, said Ernest because he never broke a promise. So the monster, its wife Elizabeth and Ernest were a happy family that lived in this house of murders and depression. The ugly creature and Elizabeth loved each other so much that you will never forget their love story.

A happy ending – by Elme, Helana and Zirka

11th Chapter:
So I had nearly finished the woman monster. Then I looked out of the window and Bob Babe (that’s our name for the monster) was watching me. I saw his nice face and thought, “Why didn’t’ I love him?” Then I sent the woman monster to the lightning and a few moments later she became alive, but she ran away immediately.
12th Chapter:
Bob Babe suddenly followed her, but she was much faster than him. (…) I thought that Bob Babe had killed Henry (..) A few months later I married Elizabeth (…) On our honeymoon I saw the woman monster, who I called Eda, and she camped outside our window. A few moments later, while I was on the toilet, I heard Bob Babe fighting with Eda. He killed her and so he saved our family and because of that we decided to take Bob Babe into our family.

Our last evening – by Göki and Marie

The mountains and the lake were calm and beautiful, and at last Elizabeth and I were together. For the first time in months, and for the last time ever, I enjoyed the feeling of happiness. It was amazing to be together. Our lips and bodies came closer and at last we kissed.
But then…it happened. I heard drops of water. I felt that someone was close. Suddenly someone came out of the water and caught Elizabeth quickly from behind and ran away with her.
I chased them for a while. After 10 minutes I lost them. I was deeply depressed because I had lost my wife. But then I saw a little hut made out of wood. Then I decided to go into the hut. I was shivering while I was entering. And what I saw there changed my life forever. The monster was killing my wife! He cut up her body and ate her. 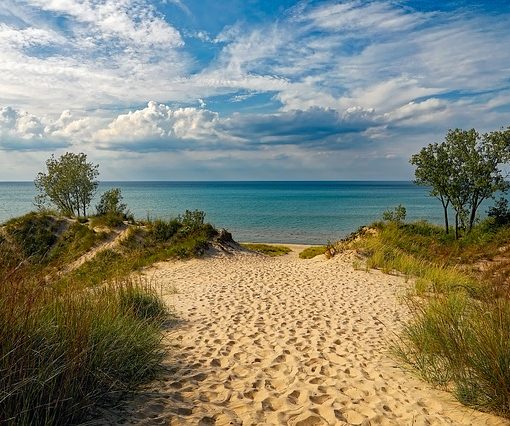 In our English lessons this year, we have taken trips to Ireland, New York and Australia. These journeys, however, only took place […] 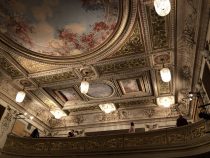