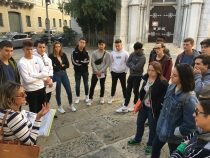 Thursday, Sept. 19th
Having settled in after our arrival, we met Susanne. With her interesting and competent tour-guiding, she showed us sights of Trieste which were definitely worth visiting. For example, she showed us that Trieste consists of an older part on the hill and a younger one which was built on a manmade plateau, which was constructed due to the lack of space. Furthermore, we visited the cathedral of San Giusto which was built by merging two adjacent churches into one bigger one. After having a nice walk with great views over Trieste, we said goodbye to our tour guide at the Piazza Unità d’Italia.
Anton Nather, 8A 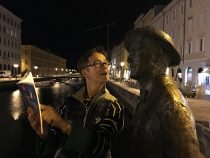 After visiting the “official” Trieste, Mrs Gassner showed us the poetical side of the city. Following the steps of the Irish writer James Joyce, we visited the square on which he got into a fight on his first day in Trieste. Mrs Gassner persuaded us not to experience that particular detail of his life. We visited his many flats and the cafés he frequented. Being a true writer Joyce had a constant lack of money, which forced him to move quite often since he could not pay his rent or the bills in the cafés. (Again Mrs Gassner convinced us not to follow his lead.)
Max Gschwandtner, 8A 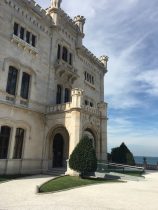 In the morning on our second day in Trieste we drove half an hour to one of the most famous places in the area, the Miramare Castle. It was home to Archduke Ferdinand Maximilian, the younger brother to the Emperor Franz Joseph who later became Emperor Maximilian I of Mexico. We got out of the bus and walked 10 minutes on a road along the coast with wind in our hair and the vast blue sea next to us. Miramare is surrounded by a big park that is well taken care of. 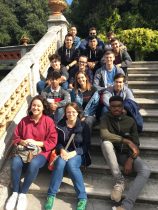 We went inside the castle to discover how the people had once lived there. Strolling through the different rooms was an interesting experience and the domestic cat that strolled through the rooms lightened the mood of the whole building. After visiting the interior, we still had about one hour of free time to waltz around the area. The park had beautiful varieties of flowers and trees. Combined with the sea it made for a wonderful place to relax.
Bernhard Gamerith, 8A 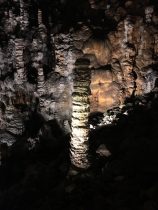 After having visited Miramare Castle, we went to see the “Grotta gigante”. The cave is one of the most breathtaking places I’ve ever seen. The enormous hall is 107 m high, 280 m long and 65 m wide and you feel really small in it. It is just something you have to see to believe. We also sang “Country Roads” just to see what the echo sounds like and the people who were on the same tour with us even asked our teachers if our school put special emphasis on music.
Vuk Jankovic, 8A 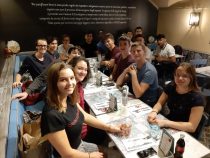 In the evening of our second day in Trieste Mrs Gassner and Mrs Denninger took us to a pizzeria, where we probably had the most delicious pizza we have ever had. Later we went to the lighthouse, which offered everyone, who had the pluck to climb the countless stairs to the top, a magnificent view. All in all, it was a wonderful evening full of fun and a lot of laughter.
Tom Wang, 8A 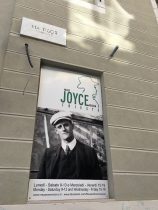 On the third day of our trip to Trieste, the class went to the James Joyce Museum. A nice member of staff and a short 15-minute film gave us an insight into Joyce’s indeed complex and interesting character, who called Trieste his home. 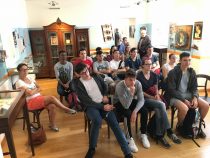 Although some landlords and restaurant owners were never paid by Joyce, the citizens of Trieste are grateful that the writer put the town on the literary map.
Dejan Botic, 8A 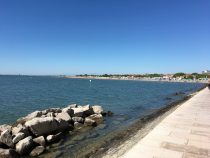 After that, we went to the seaside resort of Grado. First, we spent some time on the highly populated beach, where most of us were swimming. There also were cheeky seagulls which tried to steal our food. After that, we went for a walk along the promenade and the town centre where we bought some souvenirs.
Natan Nsumpi, 8A 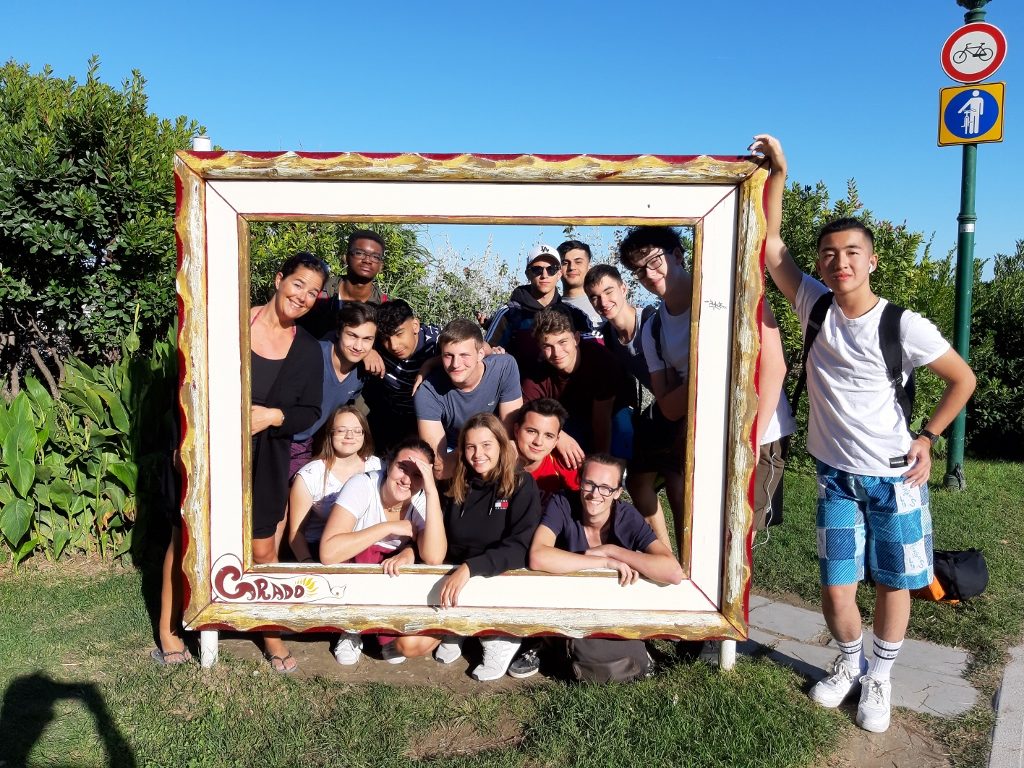 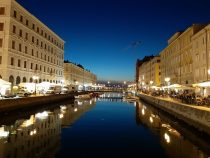 Last but not least, Mrs Gassner told us to get creative and write our own short stories. We spent the whole Sunday morning walking around the city, sitting by the sea or spending time in a cafe to be inspired by the atmosphere of the city. Then we wrote our thoughts down and created a couple of masterpieces. James Joyce would have been proud.
Amro Abdel Rahman, 8A

On the 9th of January we and some other classes visited the English Theatre and saw the play „Dance Class“. Before the […] 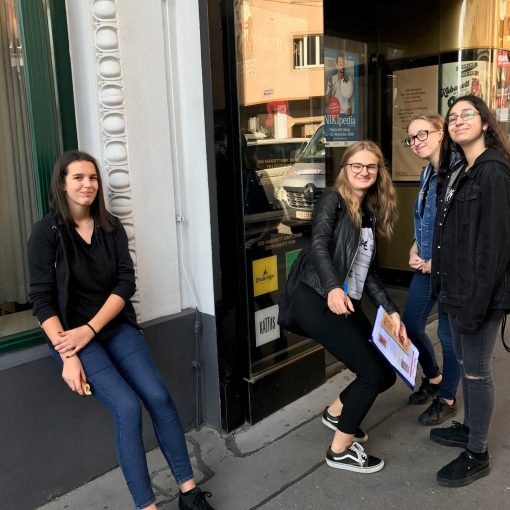 On April 11th, the class 4B was given the chance to visit the U.S. American Embassy in Vienna and to listen to […]